http://c3patriot.com/tube.com/embed/eJMwjjf5n6U The Faces of Sarah will be warming up for their huge 20th Anniversary Show in London with a Red Cardinal Music gig at The Star & Garter in Manchester on Friday 11th October. Support comes from Manchester based bands Woski, Oxbloods and A Lake of Ayes.

http://minipcreview.com/?post_type=post Formed in 1999, London based rock band The Faces of Sarah released their debut album 24 and Misery Turns E.P on Spiky Black Cat Records to a fantastic media reception and worldwide plays in clubs. After a few years of being on hiatus, the band are returning for their 20 year anniversary.

Woski are an alternative folk rock band with a psychedelic edge. They have spent the last two years building a fan base by gigging across North England and releasing their EP “Where Are You Now?”

Oxbloods combine alternative rock with hints of pop to create their sound – for fans of Lower Than Atlantis, Bring Me The Horizon and Nothing But Thieves. Their debut EP “Collisions” was released to a great reception from reviewers naming them as a band to be watched.

A Lake of Ayes are a post rock/shoegaze instrumental band formed earlier this year. Despite only releasing one official single, they have played several gigs in the Midlands and North.

Advance tickets are available for £4 via Ticketline, Ticketweb, See Tickets, Skiddle, Fatsoma and our website. Entry on the door will be £7. This is an 18+ event and ID will be required to enter. 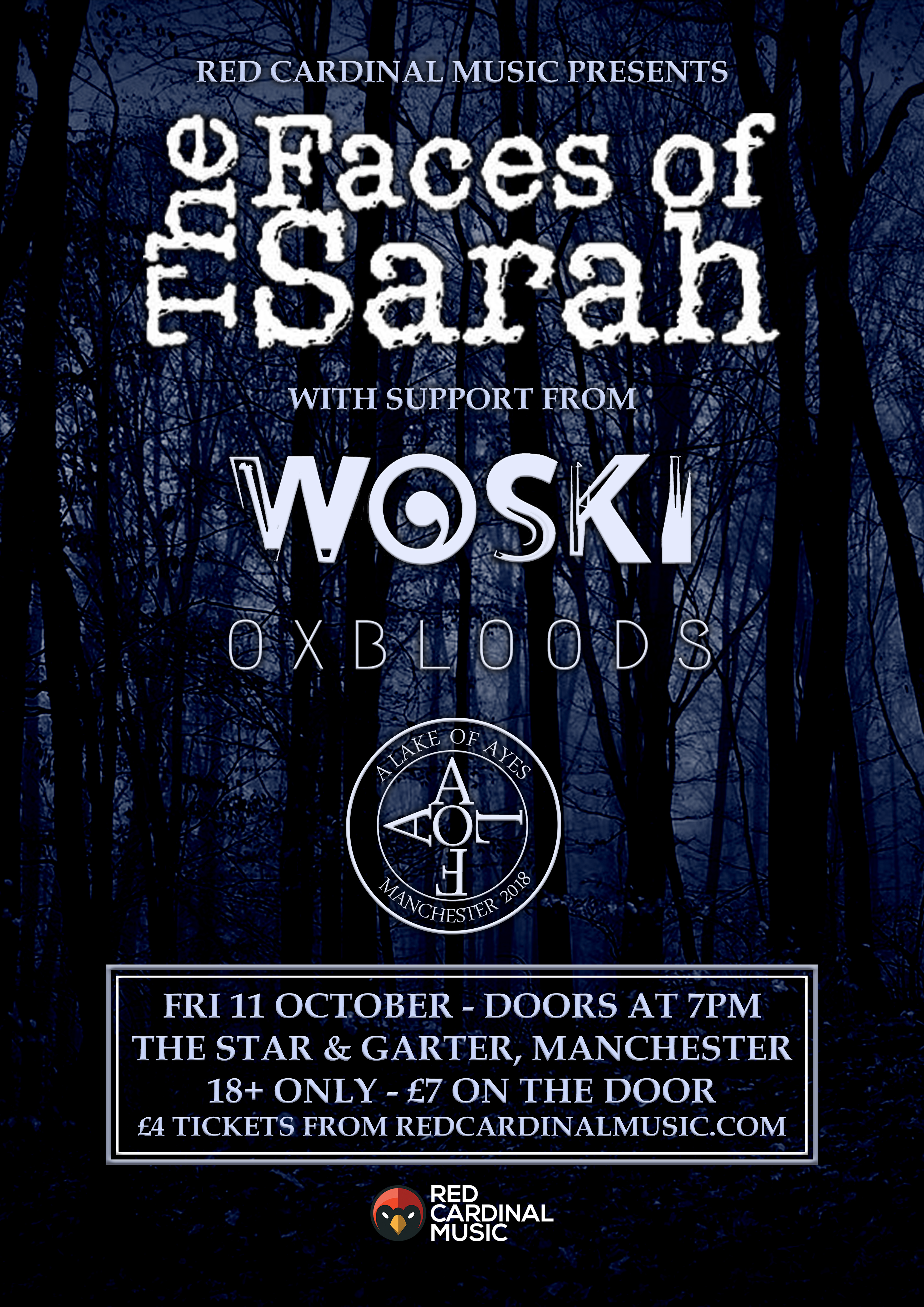