her explanation Manchester based Main Events will be hosting a Summerslam Viewing Party at The Footage on Sunday 11th August.

reference The event is sponsored by Liverpool based, vegan friendly microbrewery Top Rope Brewing. From the Papa Mango to the Cold Stone Cream Austin, all of their beers are inspired by wrestling. Top Rope Brewing will be hosting a tap takeover of the venue in the week leading up to the event and will be contributing prizes throughout the night.

The party will start at 8pm with various activities leading up to the Summerslam preshow. Before the live viewing begins there will be a wrestling themed quiz for fans to test their knowledge. Also included in the ticket is a chance to win prizes for music bingo with a twist using wrestlers’ entrance songs.

In the upstairs of the venue there will be a Retro Wrestling Gaming Zone run by The Bit Squad including classic games from consoles such as N64, Sega Megadrive and XBox 360. 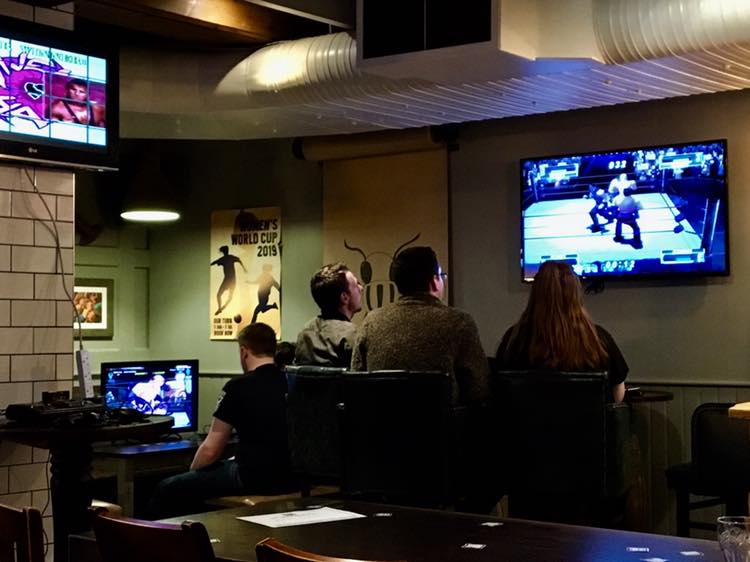 Main Events DJs will be playing a mix of wrestling theme songs, official PPV anthems and classic songs associated with the best wrestling promo packages in the lead up to the show.

Food will be served throughout the night with exclusive Wrestling Event offers on pub favourites such as burgers, nachos, chicken wings and mac and cheese.

Liam Connolly, founder of Main Events, said: “We are excited to throw another big party for Summerslam – easily the biggest night in any wrestling fan’s summer plans. I’m also personally thrilled to be collaborating with other brands for our parties, starting with Top Rope Brewing.

We strive to become the undisputed hub for the Manchester wrestling community and our PPV parties have been an awesome cornerstone for this so far. They keep getting bigger and better, so we can’t wait to see what comes next!”

The event is for those aged 18 and over and ID will be required. Tickets for this event are available via Seetickets, Ticketweb, Ticketline, Ringside World, Fatsoma and Skiddle. To reserve a table, email maineventsmcr@gmail.com with a ticket confirmation. 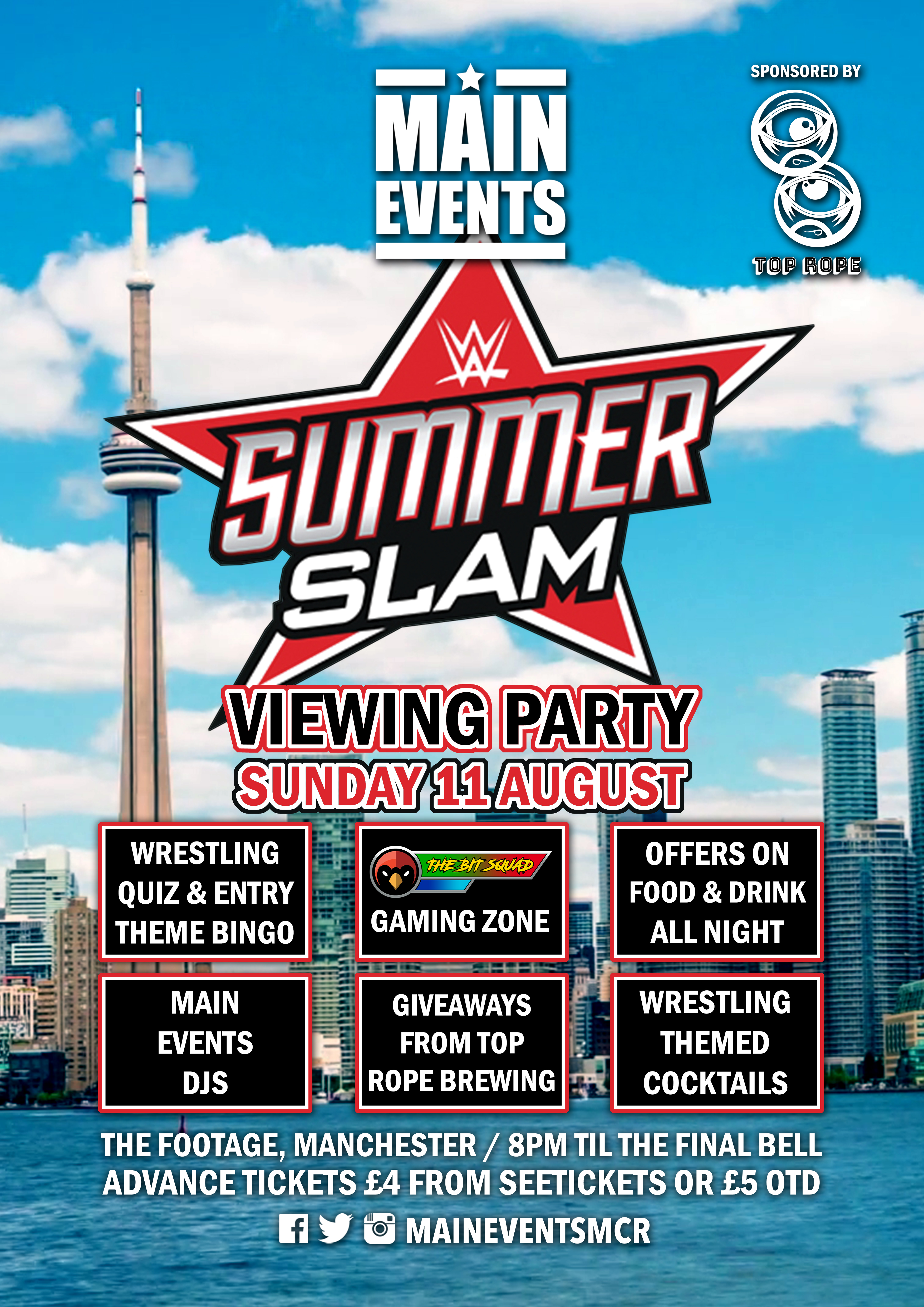