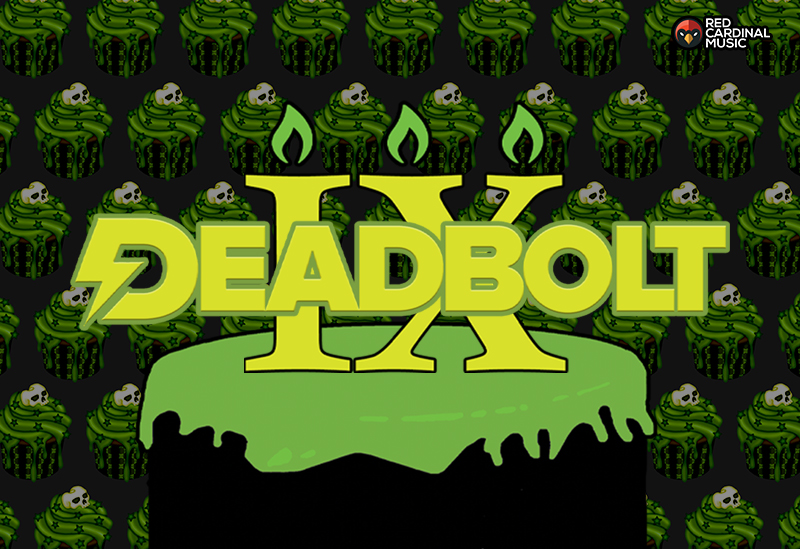 this hyperlink Deadbolt is known in the Manchester scene as the night to go for a move away from the traditional clubbing experience. The club night incorporates elements of interactive games, live music performances and giveaways throughout the night to create a house party atmosphere with a hint of mayhem. Over its nine years Deadbolt has seen guest appearances from Funeral For a Friend, Benji Webbe (Skindred), Tek-One, Bury Tomorrow, All Time Low, Hot Milk and many more.

https://expertcoachingnow.com/43639-ph63615-xarelto-bez-recepty.html As is tradition for Deadbolt, the birthday will be celebrated with live performances followed by a club night filled with guests, games and giveaways. The live music part of the birthday celebrations will start at 6pm and will feature performances from Coast To Coast, Raiders, Gold Bloom, The Human Veil, Medlock and Absalom.

The second room of the venue will be Brutal – Deadbolt’s predecessor – with DJs playing the heavier side of the metal and hardcore spectrum.

During the event there will be party games and competitions such as beer pong and limbo to win goodies from Bad Luck Clothing, Reap What You Sow Clothing, Fireball Whisky and Purple Sharks Patches.

Liam Connolly, founder and director of Deadbolt, said: “It’s crazy to think that in the modern era of clubs, we’re still going strong after 9 years. From the beginning we wanted to stand out from the other “rock” nights of the time by giving people more to do, more giveaways and more games. To me a real night to remember resembles a party rather than standing in a club being able to predict the next 3 songs. Our outlook has always been to give our crowd the best time every time, because they deserve it. If they weren’t so loyal to us over the years we wouldn’t be talking about this event at all.”

He added: “We’ve had so many amazing nights over the years and our birthday event is a celebration of that. For this year’s birthday we’ve pulled together six fantastic bands and loads of our talented friends within the alt scene to bring that party vibe. We are excited to keep the ball rolling with even more innovative and exciting events going into our tenth year.”

Tickets for this event are available via the Red Cardinal Music website, See Tickets, Skiddle, Fatsoma, Ticketweb and Ticketline. To find out more, visit the Deadbolt’s social media pages below. 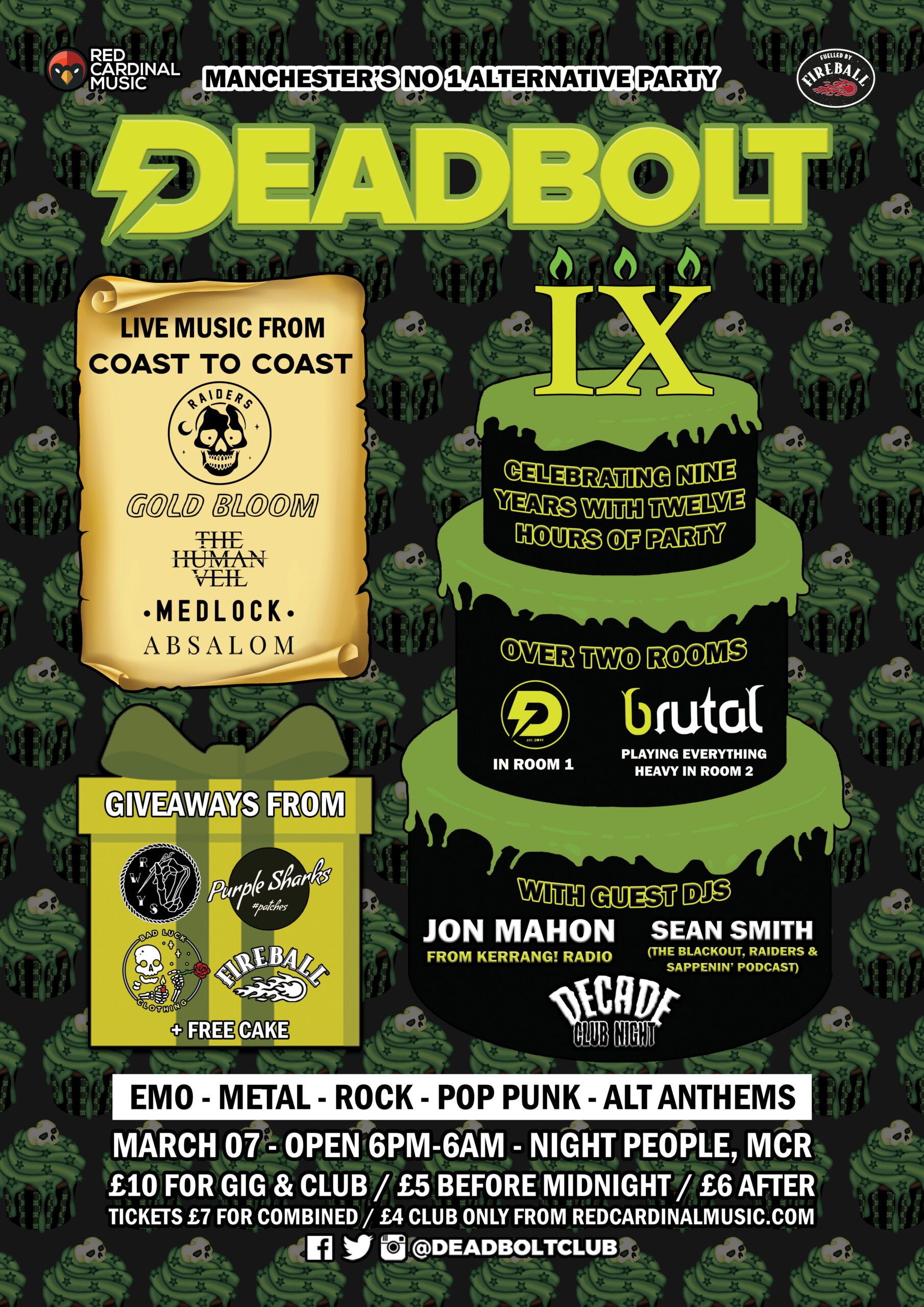