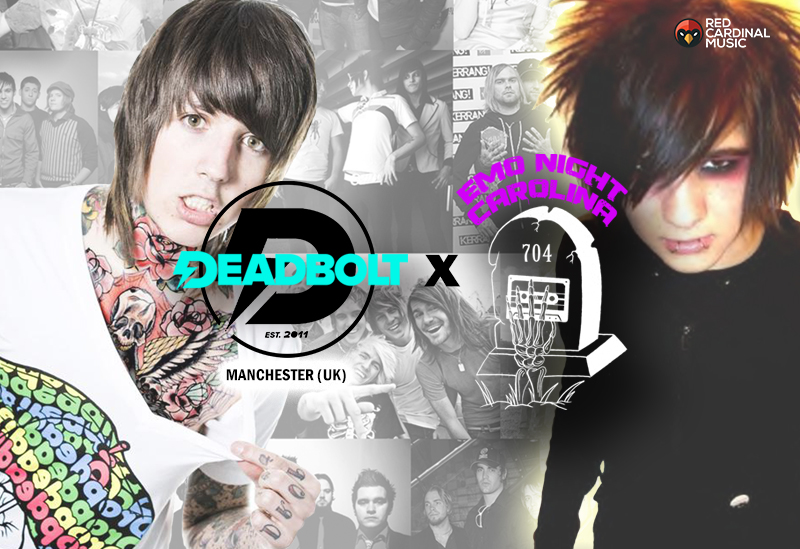 click over here now Deadbolt is making a guest appearance in Charlotte NC for a collaboration with Emo Night Carolina for a Myspace Party at Skylark Social Club on June 29th.

next Emo Night Carolina is Charlotte’s most popular emo night and is known for its sense of party nostalgia and warm friendly atmosphere. The night has featured huge guest DJs such as Ryan Dunson of Rookie of the Year, William Ryan Key of Yellowcard and Shane Crump of Alesana.

Bonuses DJs from both brands will be playing all of the best hits from the Myspace era including Thrice, From First To Last, Hawthorne Heights, Atreyu, Silverstein, Underoath, The Medic Droid, My Chemical Romance and other guilty pleasures.

The biggest scene kings and queens of the night can win prizes for the most scene outfits on the night. On entry everyone will receive a name tag to display their cringe Myspace names for all to see.

This event is sponsored by Fireball Whisky. Fireball promotion staff will be joining the party and offering out giveaways of drinks and swag all night.

Liam, founder and director of Deadbolt, said: “Charlotte is like a second home to me and bringing Deadbolt to the city is something I’ve always wanted to do. Emo Night Carolina is a fantastic night run by some of the coolest guys I know so collaborating with them is something I’m very excited about.

The Myspace Party has always been one of our most popular themes. It gives everyone a chance to take a stroll down memory lane and be taken back to the many nights sat in front of MSN, plotting their next hairstyle!”

Tickets for this event will be available on the door for $5. This event is 21+ only and ID will be required. 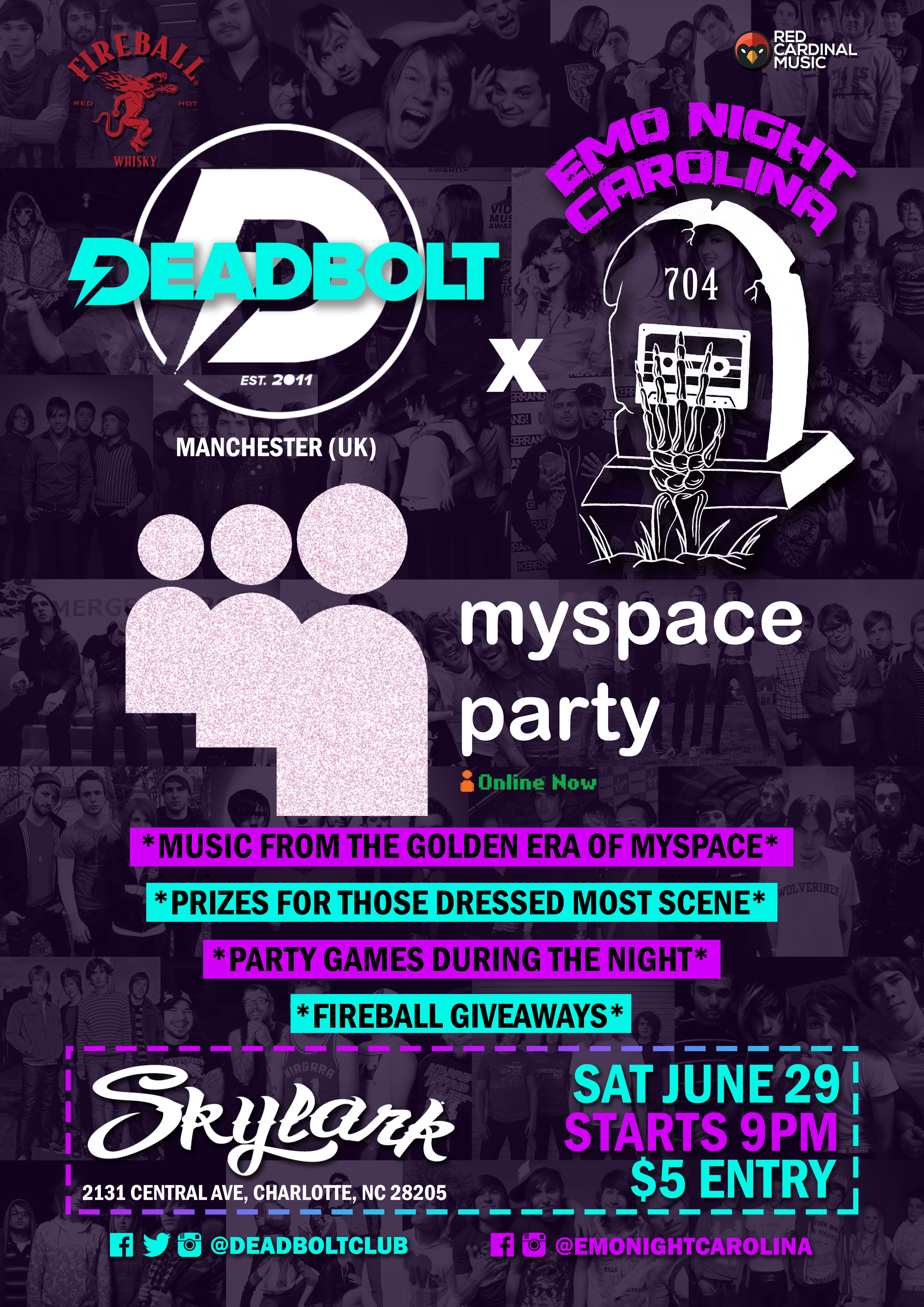