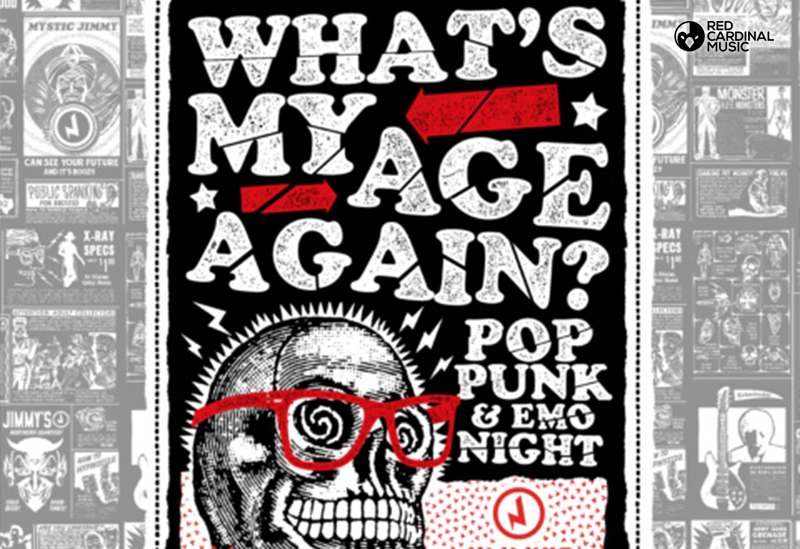 buy propecia for hair loss This weekend sees the popular new Manchester venue, Jimmy’s throw a party dedicated to old school Pop Punk and guilty pleasures of the early 2000’s, as they host What’s My Age Again? – a special night featuring Deadbolt and Fireball.  The first 50 people through the door will get a free Fireball shot, with free shots and other giveaways taking place all night to signal the first time the brand has been available in the bar.

dating latino men versus american men Since opening in the cool “Northern Quarter” part of Manchester a mere four months ago, Jimmy’s has already established itself as the place for great live music, rock and roll vibes and craft beer on tap on both floors. When they wanted to throw a Pop Punk party, they didn’t hesitate to get in touch with the number one alternative party in the city – Deadbolt to ensure the music was just right.

“It’s always a big compliment when new venues and promoters get in touch and want to work with Deadbolt, especially if it’s a suitable brand with really cool people at the helm, so this event was a no-brainer. We have other events taking place here later in the year, so hopefully it’s the start of a beautiful relationship!” said Liam Connolly, founder and DJ of Deadbolt when asked about the first WMAA special.

So if you’re at a loose end this weekend, and really crave some Blink 182, Good Charlotte or maybe some Simple Plan, make sure you head to Jimmy’s on April 28th for What’s My Age Again – and enjoy the Fireball! 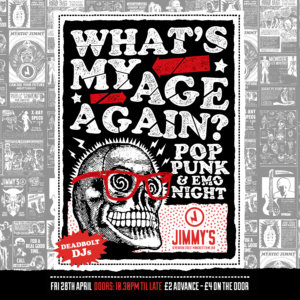