read review Deadbolt is where the party is. Whether you're after interactive challenges, live music as well as a clubbing experience, guest DJs from the coolest nights in the country or just a night with the freshest music around - we are your night.

Regarde ça Since launching in 2011, Deadbolt has gone from strength to strength. From starting out as a midweek alternative to the more standard rock nights in the city of Manchester, Deadbolt has become the last word in alternative brands in the city on top of hosting nights nationwide and has even ventured across the water to Ireland all in the name of party.

The brand has seen guest DJs such as Funeral For A Friend, Bury Tomorrow, Pinky Swear, Sabotage Dublin, Tek One, Harry Radford amongst many others as well as hosted many live shows and 2 festivals featuring Astroid Boys, Heart Of A Coward, Martyr Defiled, Empires Fade, WSTR, Boston Manor, Roam, Our Hollow Our Home and dozens of other great acts.

At Deadbolt you can expect to hear a mix of upcoming bands and classic hits in the genres of rock, metalcore, pop punk, metal, emo and dancefloor anthems.

Expect bands such as:

Bring Me The Horizon | A Day To Remember | New Found Glory | You Me At Six | Bury Tomorrow | Neck Deep | Parkway Drive | Beartooth | PVRIS | Underoath | Fall Out Boy | Funeral For A Friend | Blink 182 | Creeper | Sleeping With Sirens | Architects | Taking Back Sunday | Waterparks | Northlane | Panic! At The Disco | Issues | As It Is | The Amity Affliction | Set Your Goals | Blessthefall | Alexisonfire | State Champs | Mayday Parade | Pierce The Veil | While She Sleeps | Four Year Strong | Real Friends | Asking Alexandria | Mallory Knox | In Hearts Wake | Don Broco | Enter Shikari | Chunk! No, Captain Chunk! | Knuckle Puck | Attila | The Wonder Years | The Ghost Inside | Every Time I Die | Deez Nuts | Moose Blood | Letlive. | Hands Like Houses | Heart Of A Coward | Set It Off | Of Mice & Men | Lower Than Atlantis And Many More!

Deadbolt clubnights are 18+ events. ID will be required. 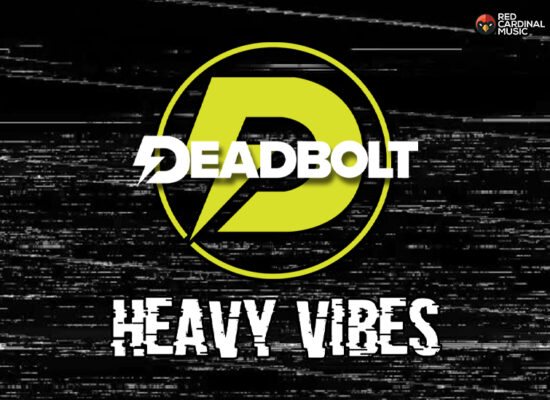 The third Spotify playlist curated by Deadbolt is now available and this time, it’s aimed at those with heavier tastes. Heavy Vibes covers many areas of the current Metal / Metalcore scene with a large dose of classics thrown in. Not only does it feature heavyweights Parkway Drive, Architects, Bury Tomorrow and The Ghost Inside, […] 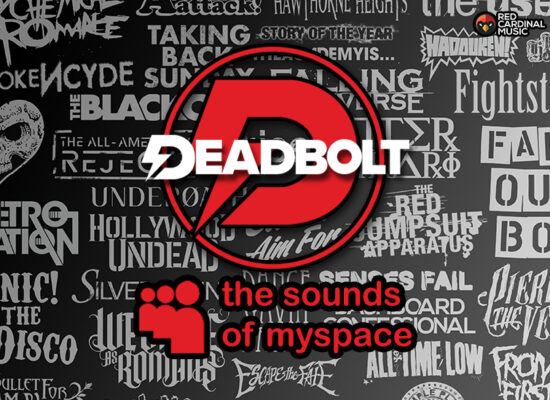 Deadbolt have created a new playlist inspired by Myspace Music

Following the amazing response to the first Spotify playlist – Heroes Of Pop Punk, Deadbolt have followed it up with a nostalgia overload. The Sounds Of MySpace playlist is inspired by the longest-running theme night, The MySpace Party, and it contains 200 tracks of 2000s-era Emo, Post-Hardcore and guilty pleasures. Acts featured in this playlist […] 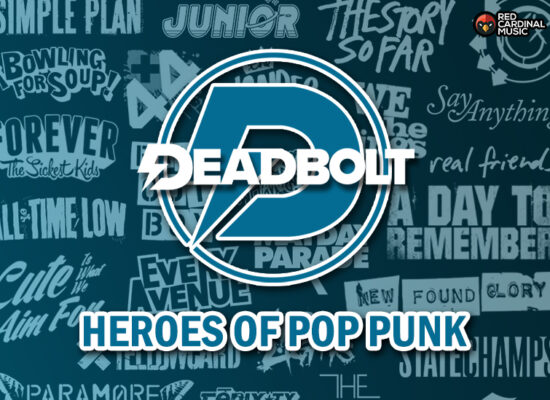 Deadbolt have launched a Heroes Of Pop Punk Playlist

While the event industry is taking a break, Deadbolt have compiled a Spotify Pop Punk Playlist – Heroes Of Pop Punk – to soundtrack the summer. Deadbolt has been the spiritual home of Pop Punk in Manchester since the launch in 2011 so they’ve really missed being able to bring the party during the lockdown. […]