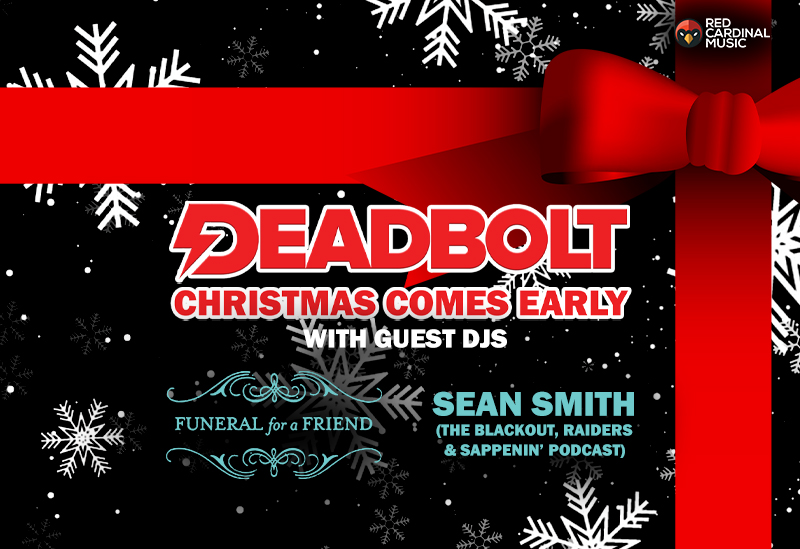 her explanation One of the biggest UK bands in the last 20 years, Funeral For A Friend sadly called it a day at their “Last Chance To Dance” shows in May 2016, but recently announced a handful of reunion shows in the name of their friend Big Stu .After these shows they’ll be making their way north to DJ this one off special event.

Deadbolt will be donating to Funeral For A Friend’s Big Stu cause with a raffle on the night, where somebody in the club will win a huge hamper featuring items from Fireball, Reap What You Sow, Bad Luck Clothing, Manchester Gothic Festival, Daggers and Diamonds Apparel and much more.

Sean Smith originally made his name in former post-hardcore band The Blackout but is now making waves with his new band Raiders and his podcast Sappenin’.  During his last event in Manchester for Deadbolt Freshers Party it was announced that he would be DJing more regularly at Deadbolt events in the future due to his fantastic energy with the crowd and DJ skills.

The Deadbolt DJs, Funeral For a Friend and Sean Smith will be playing the best in emo, metal, rock, pop punk and alternative anthems throughout the night.

The club night incorporates elements of interactive games, live music performances and giveaways throughout the night to create a house party atmosphere with a hint of mayhem. Deadbolt will be joined by special guests Fireball Whisky and Reap What You Sow who will be hosting the games and providing giveaways.

Deadbolt founder Liam Connolly said: “After a fantastic year we wanted to thank all of our loyal customers with a huge event to end the decade on. We are very excited to have Funeral For A Friend back at Deadbolt to help us to ring out the year – especially since we’re helping to raise money for such a great cause.”

He added: “Next year will mark Deadbolt’s ninth birthday and we have some great events coming up that we can’t wait to announce.”

Join the Facebook event for a chance to win free goodies and to make song requests. If your birthday is in November or December, contact the Deadbolt facebook page to be added to the birthday list for free goodies.

Advance tickets for the event can be purchased from See Tickets, Skiddle, Fatsoma, Ticketline, Ticketweb and our website for just £4.

Tickets can be purchased on the door during the night for £5. Students will get a reduced price of £4 with a valid student card.

Deadbolt is an 18+ event and ID will be required to enter. 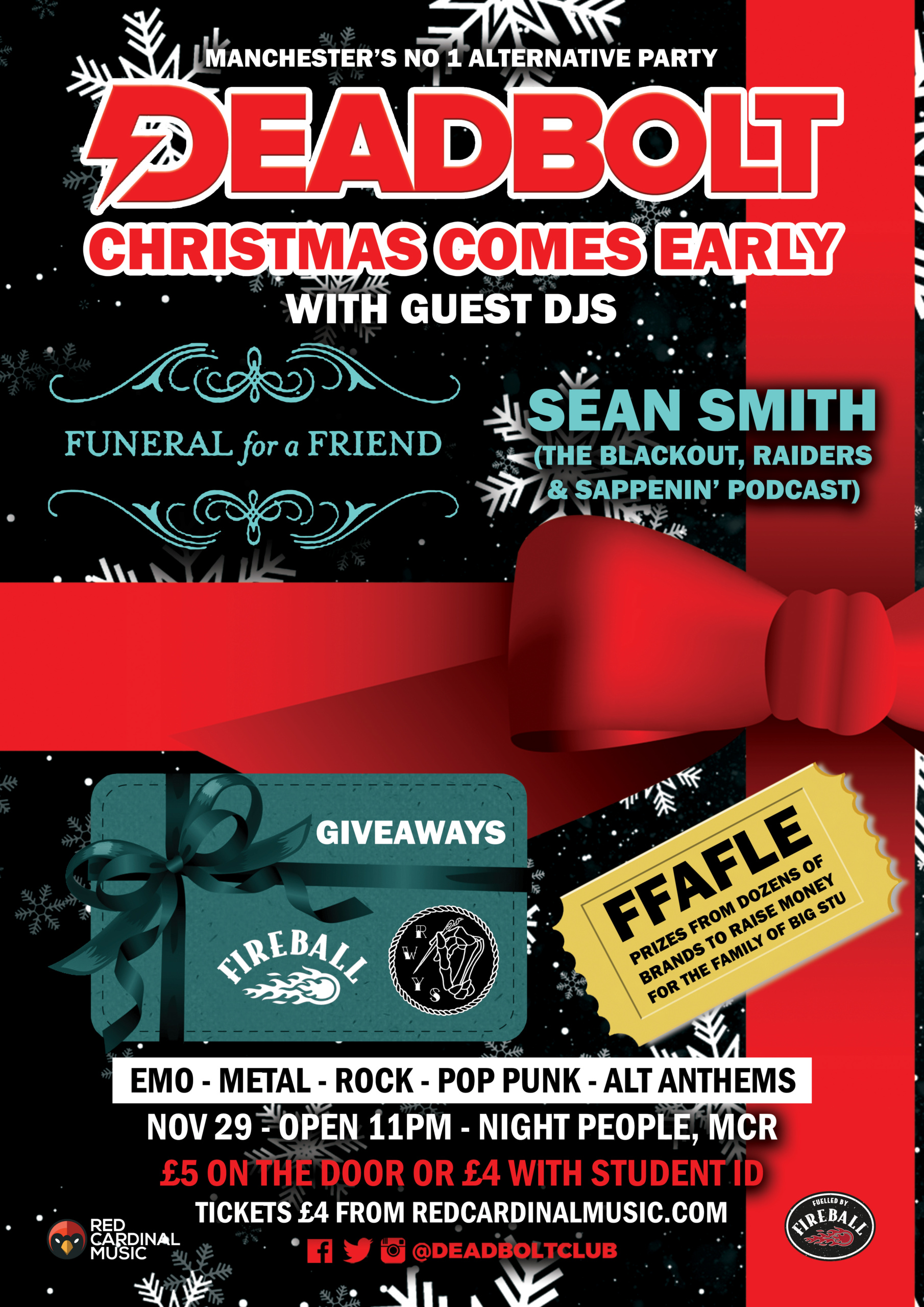